Our Director Sir, Shri. R.P.SETH has over 36 years of experience in Computer sciences with BHABHA ATOMIC RESEARCH CENTER/ECIL and in his own organizations. He is an achiever and versatile genius.

He was Class-I Gazetted Officer with BARC at the age of 20 ½. and he was part of the Team Designing India’s First, Generation Computer: TROMBAY DIGITAL COMPUTER (TDC-12).

He was trained in France, Japan, UK and multiple times in USA.He has been actively contributing to the social cause through the LIONS club and has also been the regional chairman of his zone.

His wisdom and experience, his invincible spirit of persistence move the CALPS to the superior Heights.

Mr. Nilesh Seth holds a Masters degree in Management (Finance). He has wide exposure in the corporate world and carries with him varied and multifaceted experiences. He is abreast with trends in Technology and Education. He has been with the school for over a decade mentoring the school with his zealous enthusiasm. He is an epitome of dynamism and incorrigible optimism. Armed with good exposure from the corporate world and added with his perfect understanding of the schools’ requirement he has been able to deliver good results year after year. His dreams sore high. He leaves no stone unturned to catapult the name of CALPS. He is a new age Leader. 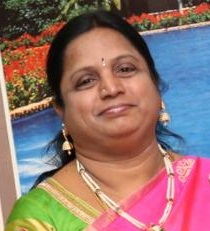 Mrs. J. Revathy Dasan brings in 27 years of experience in Education delivery. She started the career as a Teacher. Her experience in numerous top branded Educational Institutions in Hyderabad and expertise in strategic dissemination of Education are asset for CAL Public School. She is very creative and passionate about different innovative pedagogies. Her passion for excellence and education is exhibited in her possession of double Master Degrees (M.A Child Care and Education, M.A English) and Bachelors in Education.

Mrs. Vijaya, a Graduate in Science with a degree in Education, encapsulates 28 years of experience in the field of education. She also holds a Diploma in Child Psychology and has wide exposure to different methods of pedagogy in primary education. Her scintillating style of handling people and situations makes her an ace mentor and able trainer of both students and staff. She is a passionate administrator and has a sound knowledge about the minute nuances of education. She believes in Practical education and imparts the same to the students. She specializes in designing curriculum in the Pre-Primary classes. Our Primary wing is always abuzz with plethora of activities, Mrs. Vijaya is soul of the show.